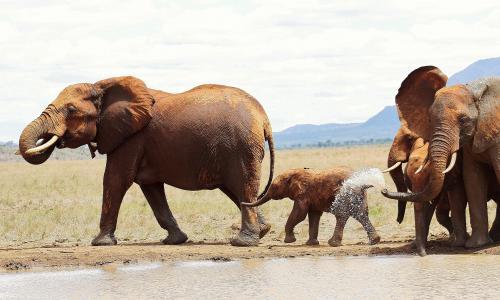 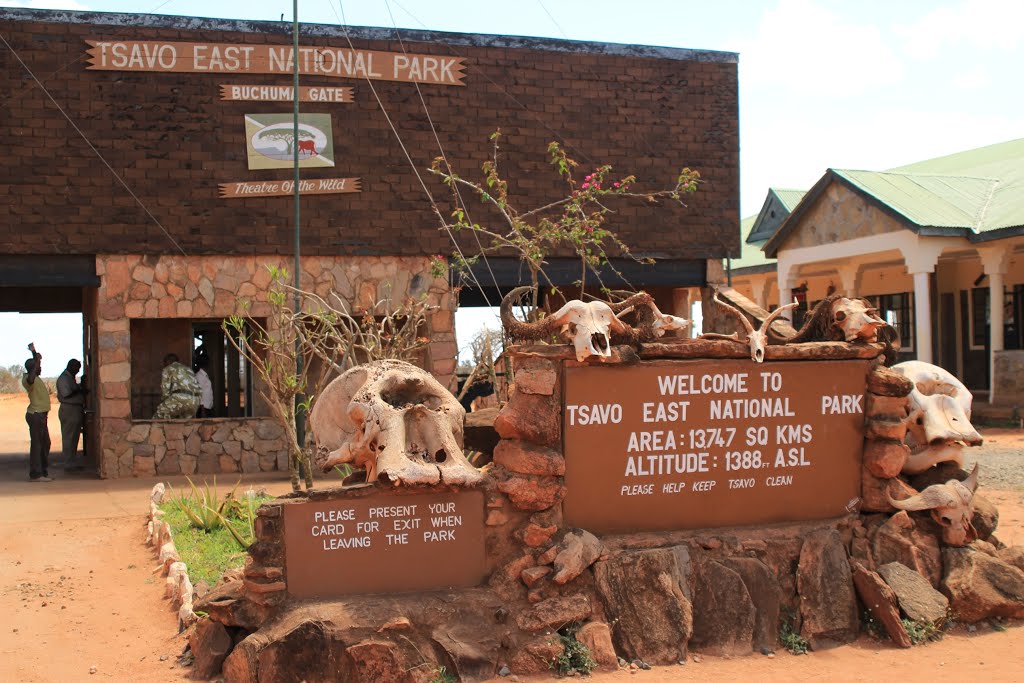 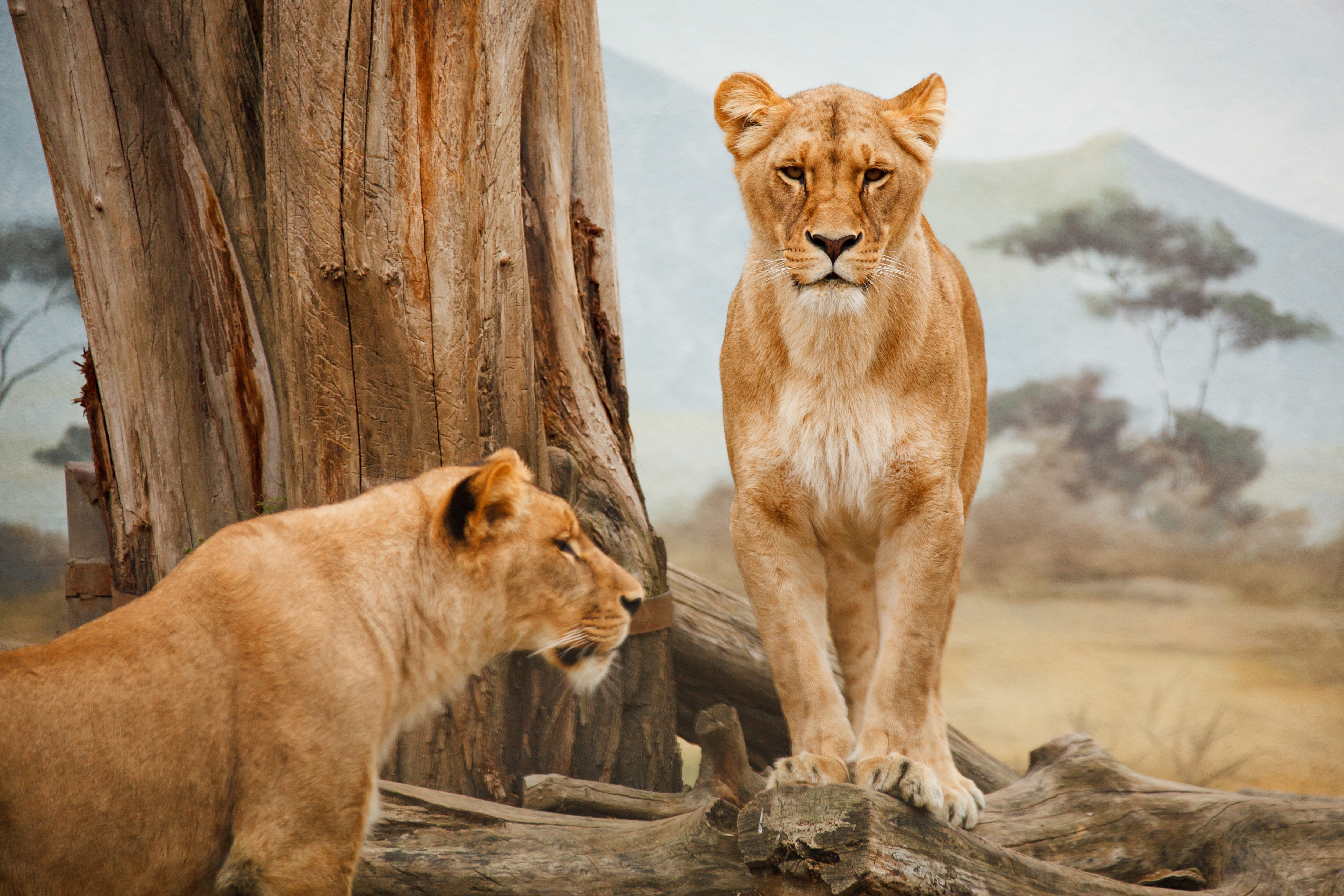 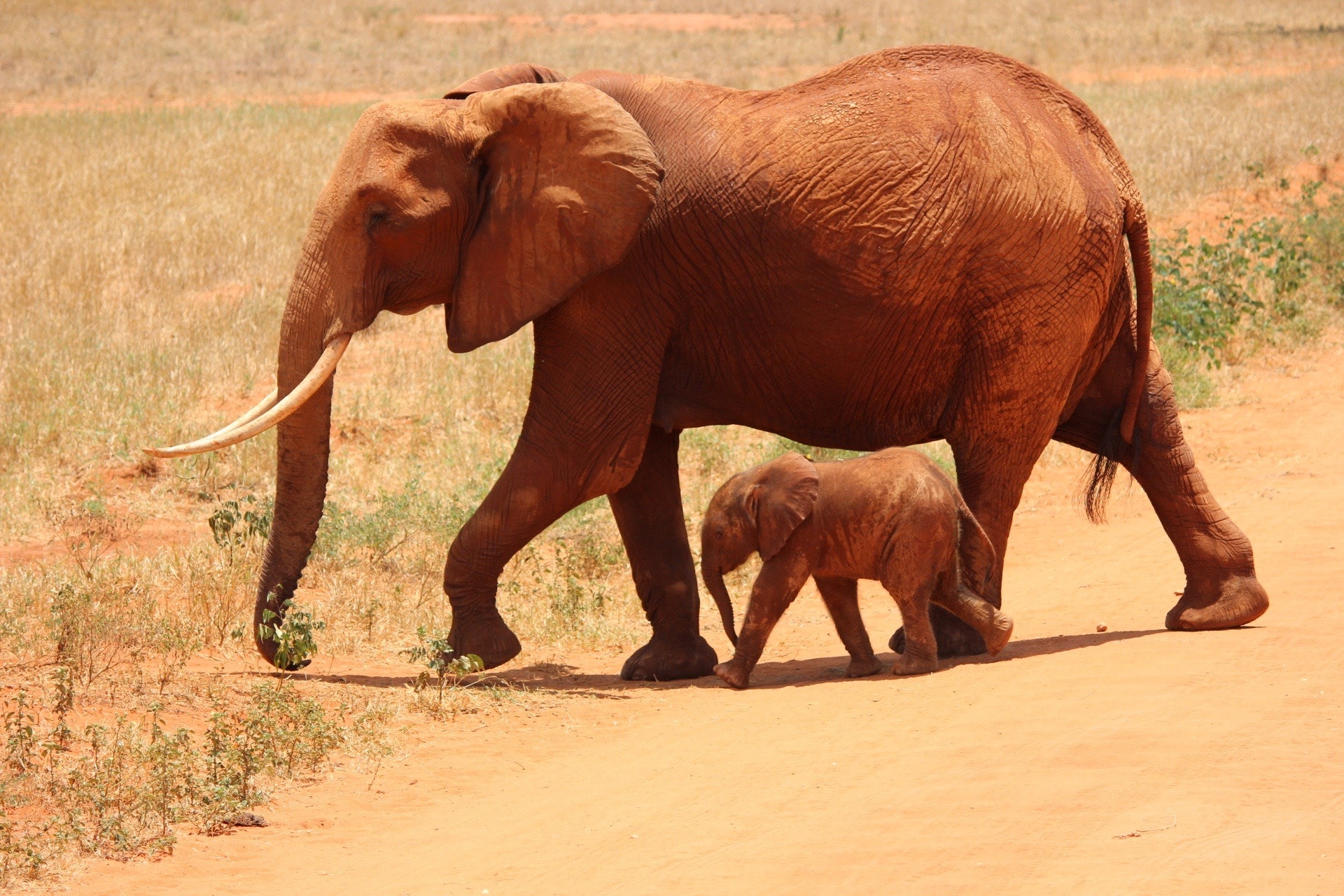 Kenya’s largest national park, Tsavo East, has an undeniable wild and primordial charm and is a terrific wildlife-watching destination.

Although one of Kenya’s largest rivers flows through the middle of the park, the landscape here is markedly flatter and drier and lacks the drama of Tsavo West.

The flip side is that spotting wildlife is generally easier thanks to the thinly spread foliage.

The sight of dust-red elephant wallowing, rolling and spraying each other with the midnight blue waters of palm-shaded Galana River is one of the most evocative images in Africa.

This, along with the 300 kilomtere long Yatta Plateau, the longest lava flow in the world, make for an adventure unlike any other in the Tsavo East. The park forms the largest protected area in Kenya and is home to most of the larger mammals, vast herds of dust –red elephant, Rhino, buffalo, lion, leopard, pods of hippo, crocodile, waterbucks, lesser Kudu, gerenuk and the prolific bird life features 500 recorded species.

How to get there
• Roads: the park Mtito Andei Gates is 233 km South of Nairobi and 250 km North of Mombasa on the main Nairobi- Mombasa Road. Distance Nairobi-Mtito Andei: 233 km – Mtito Andei-Voi: 96 km – Voi-Mombasa: 153 km. From Malindi, take the western road (C103) and enter in the park via Sala gate.

Attractions
What you may see

Elephants in Eden
The sight of dust-red elephants wallowing, rolling and spraying each other with the midnight blue waters of the palm-shaded Galana River, is one of the most evocative images of Africa.

Aruba Dam
The beautiful Aruba dam, located on the north bank of the seasonal Voi River, is visited by thousands of animals and makes a great game viewing destination.

Lugard’s Falls
Named after Captain Lugard, the first proconsul to East Africa, the falls feature a bizarrely eroded rock neck through which the waters of Galana River plunge into foaming rapids and crocodile infested pools.

Tsavo east national park offers some of the most magnificient game drives in the world – vast herds of dust-red elephants, fat pods of hippo, giant crocodile and a kaleidoscope of bird life are set against a blazing backdrop of endless bush.